I’ve seen this foursome of adventures many, many times. I remember being awed beyond words by the first film, Raiders of the Lost Ark (1981), when I was ten. I recently watched the whole series again and, for the most part, it’s still exciting to spend six hours with Indiana Jones. And I say six, not eight, because I’m still trying to get the last film out of my head. 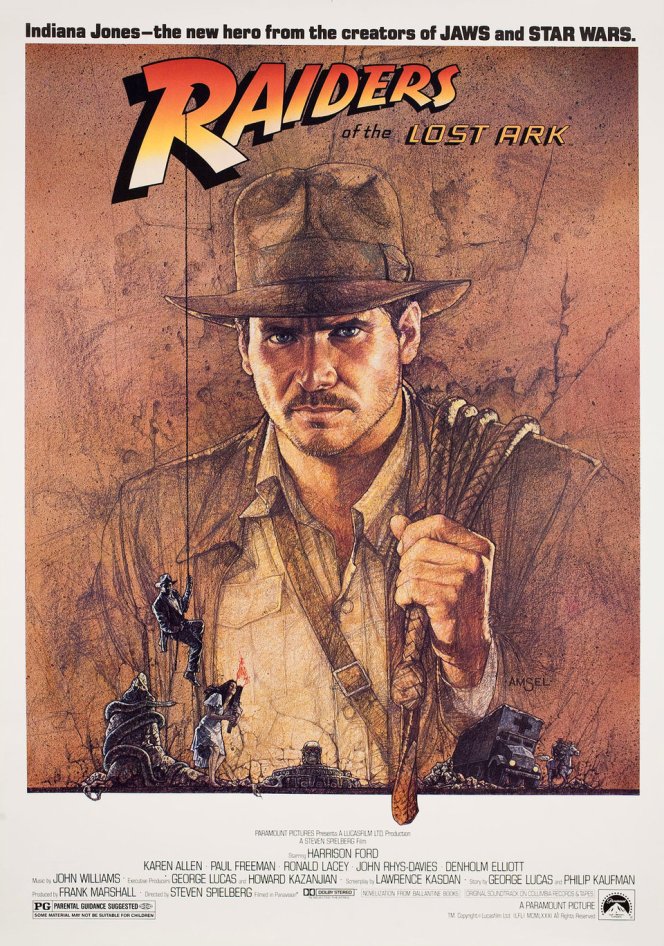 Raiders of the Lost Ark remains a masterwork in director Steven Spielberg’s and writer/producer George Lucas’ oeuvre. The story of an archaeologist who embarks on a dangerous journey to find the lost Ark of the Covenant (rumored to contain the Ten Commandments), it was an attempt to recreate the movie serials both Lucas and Spielberg loved as children. And it worked. The film may be a non-stop thrill ride, but the love for its archetypes (the globe-trotting hero, the plucky damsel in distress, the evil Nazis) is evident. Raiders of the Lost Ark is also funny, romantic, and scary… in short, all the reasons why we love movies in the first place.

Spielberg was still at the top of his game here – his skill at telling a story visually had few peers among his generation of filmmakers. He stages one electrifying scene after another with the aid of cinematographer Douglas Slocombe and editor Michael Kahn (watching Indy try to stop a convoy of German trucks is nothing short of breathtaking). The film’s climax as the Ark is opened and all hell breaks loose still scares the shit out of me – it’s right up there with his fantasy finales for Close Encounters of the Third Kind (1977) and E.T. the Extra-Terrestrial (1982). And there is no question Harrison Ford was born to play Indy. His performance instantly created a hero for the ages.

1984’s prequel Indiana Jones and the Temple of Doom is commonly regarded as a darker film, and while that’s true, it’s also more cartoonish. In India, Jones faces a cult that worships the goddess Kali and practices human sacrifices. There’s child slavery and an evil magician who can rip your heart out while you’re still alive. Yikes. More than anything, the film seems to be quite intent in topping its predecessor – the first escape alone has fistfights, machine guns, car chases, explosions, skydiving (sans parachutes), and river rapids!

The gross factor is also turned up to 11 (there’s a deliciously over-the-top dinner featuring both eye soup and monkey brains). But this time around the archetypes become more stereotypical (the dumb blonde in peril, the young misfit sidekick, the saintly Indian villagers) and, while still fun, the film feels rather mechanical. For all its frantic running around, Indiana Jones and the Temple of Doom falls a bit short of its predecessor. 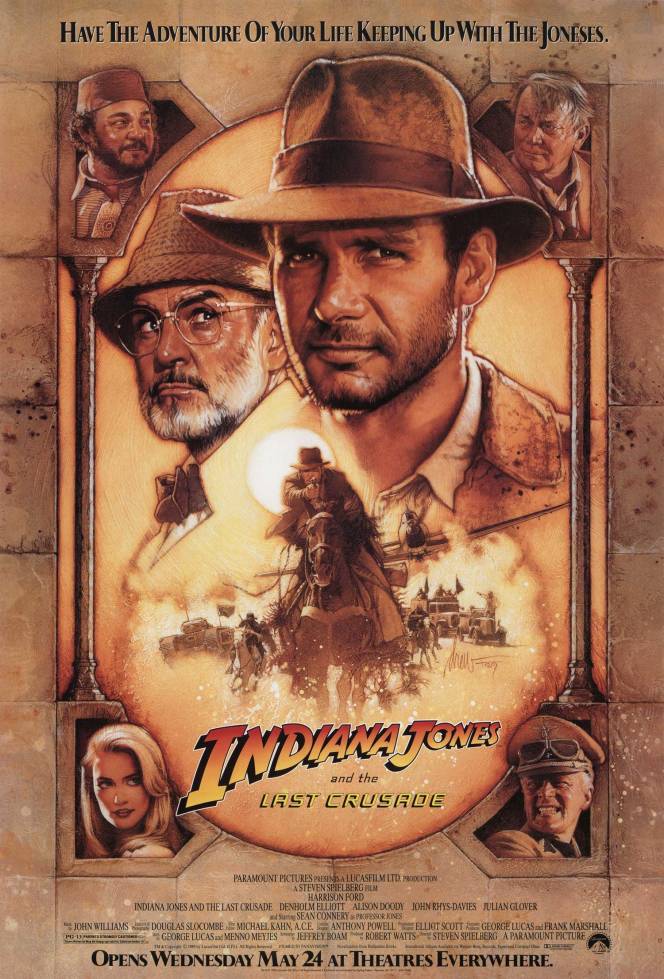 Indy was back five years later in Indiana Jones and the Last Crusade (1989), searching for the mythical Holy Grail used to catch the blood of Jesus at the crucifixion. The film was an attempt to repeat the magic of Raiders of the Lost Ark, employing once more a Judeo-Christian motif, Nazi villains, and supernatural forces that shouldn’t be meddled with. But it’s much lighter in tone, almost farcical. There’s no real sense of danger.

The film is notable for its intro flashback of Indy as a teenage Boy Scout (played with relish by River Phoenix), and for Sean Connery’s amusing turn as Indy’s father, Henry Jones, Sr. The father/son dynamics are funny enough, but you can tell Spielberg and Lucas were kinda going through the motions here. 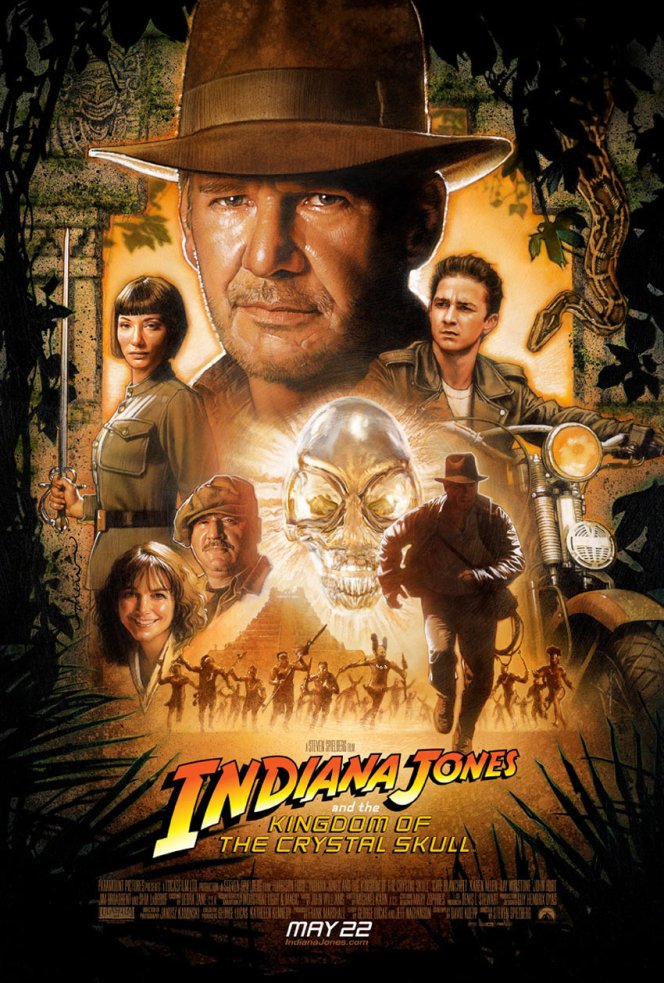 Nineteen years elapsed before the gang reunited for Indiana Jones and the Kingdom of the Crystal Skull (2008), taking a crap all over their legacy. Should’ve left it alone.

The film features an infamous scene where Indy survives a nuclear blast by hiding in a refrigerator. And killer CG ants. And shitty aliens. Not even the return of Allen as Marion could save it. As far as I’m concerned, Indiana Jones and the Kingdom of the Crystal Skull was never made and I never saw it. Therefore I won’t even rate it.

But hey, three out of four ain’t bad. I’ll definitely revisit the first three Indy adventures for years to come.